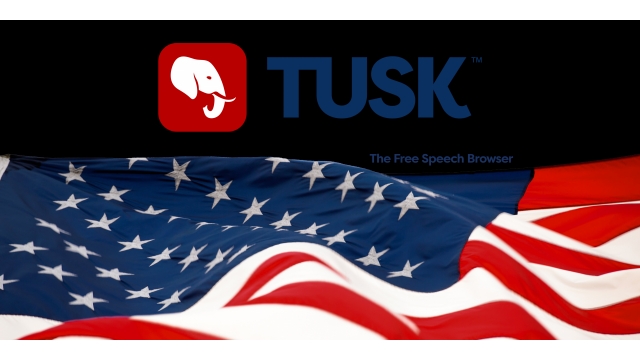 With the big browsers of even bigger tech companies having dominated and shaped the internet experience of US users for the past decade, TUSK believes it is time for a change. Their new platform offers users both a private and encrypted browser, an integrated search function and an uncensored breaking news feed that users can filter and curate to feature their preferred news media providers.

More details can be found at https://tuskbrowser.com

In a week in which Elon Musk’s free speech-driven purchase of Twitter has finally been secured, TUSK is also launching. As more and more Americans start to question the biases, moderation and vested political and corporate interests that exist behind the content they interact with every day, the company is proud to be positioning themselves as a truly censorship-free application.

In particular, as TUSK was founded by a collective of American Patriots, they are reaching out to right-leaning, conservative Americans who–as Musk’s controversial Twitter takeover has highlighted–feel they have been limited in their internet browsing experience by the dictates of liberal bias.

As such, their DuckDuckGo, Brave and Chrome alternative offers users a totally private and totally encrypted internet browser with a built-in search that eschews the complex algorithms that dictate and moderate the results displayed on the world’s biggest engines.

As a distinguishing feature, TUSK also includes a news feed that users can customize, so that it only displays information and articles from news providers that they select and that they trust, such as Fox News.

TUSK is a newly launched free speech web browser that has been developed by US Patriots and conservatives. As it grows, it continues to expand its functionality and scope. It is currently available on Windows and Mac desktop and Android and iOS mobile.

A spokesperson for the app said, “TUSK stands against censorship!?? It’s what separates TUSK from the rest of the pack. Designed exclusively for conservatives, our web browser and search engine allows you to get the news and information you want without the liberal bias.??”

More information is available at https://tuskbrowser.com/download